VeggieTales Wiki
Register
Don't have an account?
Sign In
in: Characters, Larry-Boy and the Fib From Outer Space, Larry-Boy And The Rumor Weed,
and 3 more

"I am that hero" - Larry-Boy's catchphrase

Larry-Boy, the world-famous superhero and an alter-ego of Larry the Cucumber, keeps the town of Bumblyburg safe. This plunger-headed hero fights crime and saves helpless Veggies with assistance from the Larry-Mobile and Alfred, who is played by Archibald Asparagus. Over the years Larry-Boy has undergone slight outfit changes.

Larry-Boy made his first appearance in Dave and the Giant Pickle. During the episode, Larry wasn't feeling special about himself, so he created a superhero outfit for himself and dubbed himself "Larry-Boy". As he was showing off, Larry-Boy got himself stuck on a prop of a building and was stuck until Bob the Tomato came along and his plunger ear gave up its strength. After Larry told Bob his problem, he tells the story of Dave and the Giant Pickle and told Larry that it is okay for him to be "Larry Boy" if he is proud of the way he is. After Bob left, Larry-Boy showed off again and got himself stuck on the camera throughout the end credits until his plunger gave in again.

Understanding he can still pretend to be a superhero, Larry-Boy made his first superhero film Larry-Boy! and the Fib from Outer Space! In 1997 and appeared again in Larry-Boy and the Rumor Weed in 1999. Larry-Boy appeared on one of the countertop kitchen segments for Jonah Sing-Along Songs and More!, made a few appearances in his cartoon adventures and did not appear again until Larry-Boy and the Bad Apple although was spotted at the end of Sheerluck Holmes and the Golden Ruler and appears in the "outtakes" of Jonah: A VeggieTales Movie. 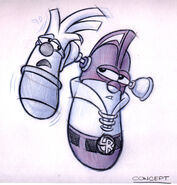 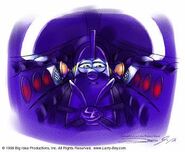 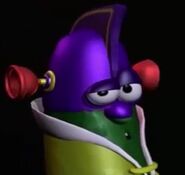 Larry Boy missing one of his plungers 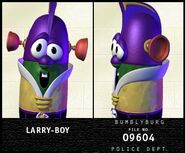 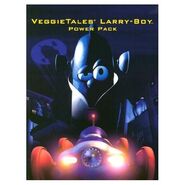 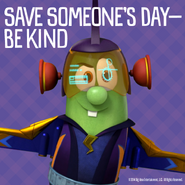 Larry Boy's new look for VeggieTales in the House. 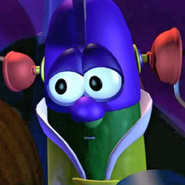 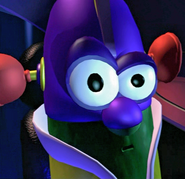 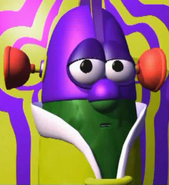 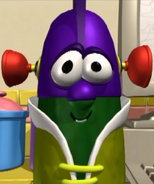 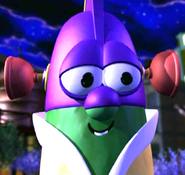 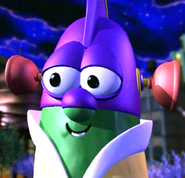 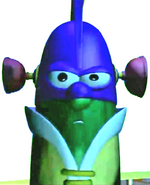 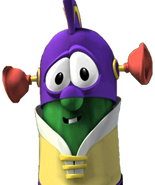 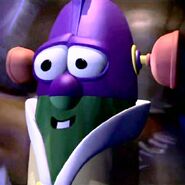